Designed to look like a child’s toy playmat, Cotbot Farm is a freeform exploration game with no rules or limits. Players begin by selecting from some vehicles and animals to ride, including harvesters, tractors, cats, horses and more. Children are then free to roam the farm at their leisure and switch between different vehicles and animals at any time. Cotbot Farm features a wide variety of locations and sights to captivate and engage inquisitive young minds including farmhouses, sheep pens, and cow stables - all in a colorful 3D world. Players will encounter over a dozen different animals scurrying throughout the farm, including fish, frogs, birds, and cows as well as farm workers. The game also features five unique mini-games designed to educate children on the origins of everyday items. Mini-games include feeding cows to produce milk, shearing sheep for wool, fishing and growing fruit and veg as well as giving children the ability to sell the products that they have created. 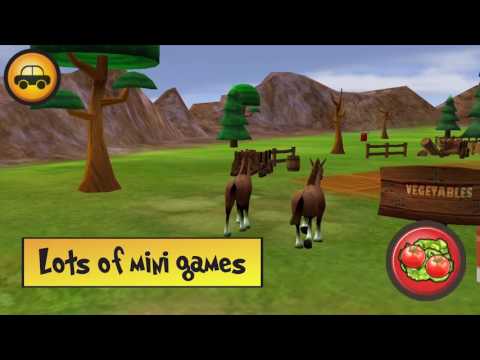 View all posts by: Media Channel