Dino Tales Jr encourages young storytellers through creative play
Latest learning app OUT NOW!
LONDON, UK – Kuato Studios, an award-winning developer of games for learning, today announces the release of Dino Tales Jr, a fun, colourful world of dinosaurs, storytelling and puzzle play - perfect for young minds and curious kids. Dino Tales Jr is the latest title in the ‘Tales’ series from Kuato, following Dino Tales and Safari Tales: both of these titles foster creativity and fuel imagination through engaging gameplay, and have reached Number 1 on the iTunes Apple App Store in over 190 charts worldwide. Over 1.4 million tales have been created by players across both games. Dino Tales Jr nurtures early literacy skills by encouraging children to create their very own dinosaur tales. In a movie theatre, set in the heart of an erupting volcano, budding storytellers narrate their own stories over a series of cute clips of dino play. These mini movie masterpieces can then be shared and enjoyed with family and loved ones.

Younger players join four baby dinosaurs in exploring a wide Jurassic world packed with adventure, mini games, storytelling and puzzles, all through an intuitive touch and drag interface. Special features include an interactive ‘dino band’, where players can make their own melodies, and a ‘berry blaster’ where children explore their artistic side by personalising their dinos with bright colours and vivid patterns.

When the prehistoric playmates are all played out, they can settle down for story-time with Darwin, a friendly Darwinopterus, and follow along with the highlighted words as they listen to Darwin’s fun narration. DINO TALES JR has been made especially for young minds and designed for creative kids. Join in the adventure at KuatoStudios.com and follow @KuatoStudios on Twitter and Facebook for further information. Watch Youtube Video Here: 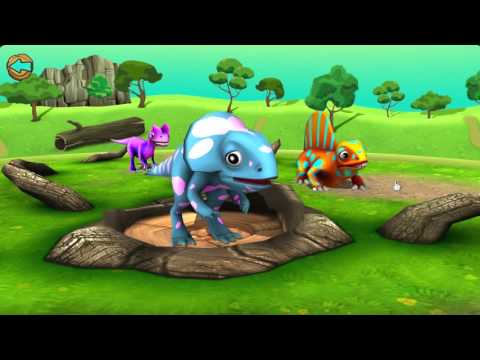 About Kuato Studios Backed by Horizons Ventures and SRI International, Kuato Studios was formed in early 2012 with talent from world-renowned games studios, award-winning education experts and specialists in artificial intelligence. The Studio currently has a number of educational game titles: Code Warriors, a coding game for 9-14 year olds; and Dino Tales and Safari Tales which were launched last year and focus on literacy skills for 4-10 year olds. The Tales titles have consistently reached #1 in both the Kids and Education charts on the App Store across the world.
The company's proprietary technology is an analytics engine called KUDDLE. The KUDDLE platform is capable of topic-based conversation, supported by metrics tracking the player’s behaviour mapped to learning objectives to provide reporting for parents and teachers.KUDDLE is based on exclusive Siri-based conversation technology license from SRI.
Kia Blue | FieldHouse Associates
Holden House | 57 Rathbone Place | London | W1T 1HW | UK +44 7984966088 | www.fieldhouseassociates.com