Never underestimate the potential of a child…

Never underestimate the potential of a child... Especially one who has been given the classification falling into the special education category. This YouTube video by Jacob Barnett did back in 2011 (Jacob has Aspergers Syndrome and is considered a savant) has a message that is very simple:  When kids stop ‘learning’ they start thinking, watch this TED Talk to learn more. "I'm not supposed to be here at all," he says in this TEDx Teen speech about "forgetting what you know" in New York City. Jacob states during this talk,"You know, I was told that I wouldn't talk. There's probably a therapist watching who is freaking out right now." Today, Barnett is at the Institute for Theoretical Physics in Waterloo, Canada. Perimeter had their doubts about this 15 years old and had him watch some of the institute’s online lectures and assessed his understanding with a battery of assignments. He wowed them and his family relocated to another country to feed his passion after they feared he would exhaust all the resources in his home state of Indiana.
Jacob sees the world in a unique way, he’s absorbed in the invisible, mathematical language that explains how nature works, whether it’s the patterns of the universe or just the reflection in a glass at breakfast. This kid with Aspergers is thrilled to have found a place where he can do what he loves and is surrounded by people as excited as he is to talk about quantum gravity. Lesson Learned: Never underestimate the potential of a child... 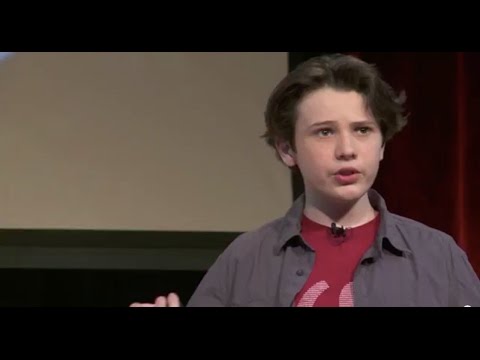