New app enlists children in the fight against climate change

1tucan, the acclaimed developer of creative educational apps for young children, is pleased to announce the release of its second app Bert Saves the Earth. A new Research poll found that 49-percent of “steadfast conservatives” doubt global warming. Results like this lead Camila Echavarria, creative director at 1tucan.com, to use games to change minds.“It’s hard to change an adults mind”, says Echavarria, “There is often a political agenda getting in the way. Our new app, Bert Saves the Earth, is geared to small children and breaks down big problems into ones your young kids can solve. While presentations like Al Gores’ An Inconvenient Truth are geared toward adults with data charts and graphs, Bert Saves the Earth uses simple messages with songs and interactive animal characters.

“The app keeps it simple; save water so the horse can drink”, she said, “Children feel great about their contribution because they see the turtle getting happier as they remove plastic litter from our oceans." When asked if the app could save the world, she said, “These lessons are geared for small children, so it’s possible even politicians can understand them.” As a resident of Medellin, Columbia, she says, “It’s certainly my hope that it does [change the world] because environmental sustainability isn’t about the future of the Earth as much as it’s about our future on it.”

Features & Elements: • Uses “Cause and Effect” learning to empower users to save the Earth. • Play through 6 interactive scenes with song and animation. • Establishes important personal care habits (showering, brushing teeth). • Fully narrated in 11 languages. • Full play for $2.99 in the Apple App Store at http://bit.ly/AppBert • The app really pays for itself as child conserves utilities as learned in App.   Camila Echavarria provides an informed interview that makes a difference in English or Spanish. To schedule an interview on this or any other Climate Change or Children’s Activism topic, ring her at 57-414-80-47-437 or connect on Skype. A video trailer is available at 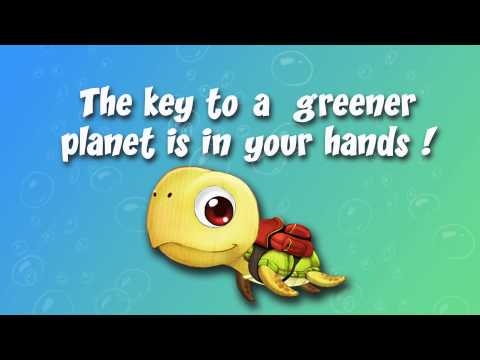