On Board Online • February 10, 2014, By Merri Rosenberg Special Correspondent 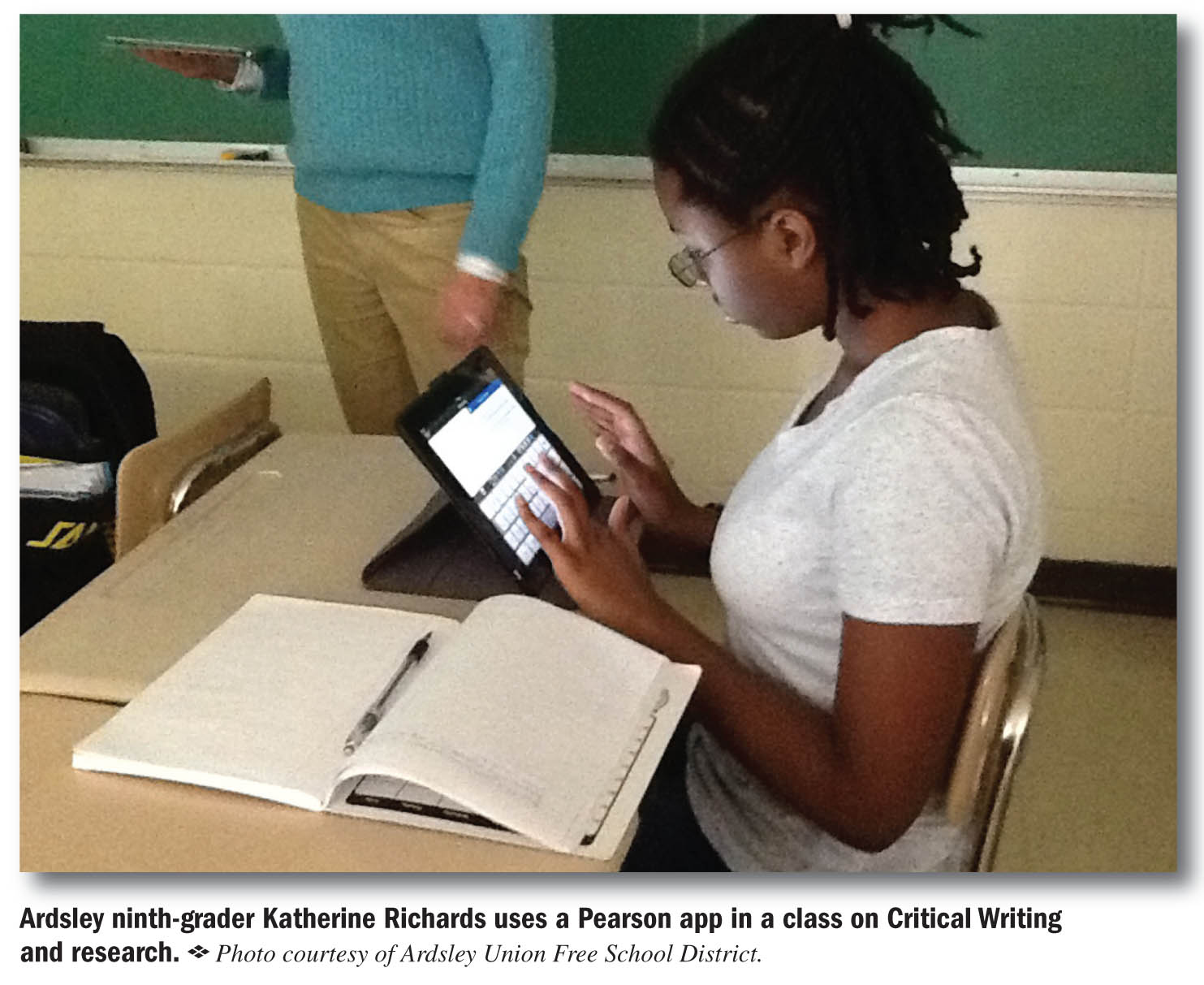 Marta Wolfson, a math teacher at Ardsley Middle School in Westchester County, is pleased that her sixth graders quickly grasped the concept of ratios and rates when they recently worked with an iPad app. “There’s something about holding an iPad that holds their interest,” Wolfson said. Ardsley is one of the five districts around the country to serve as app testers for Pearson, the educational publishing, and testing giant. The other districts are in California and Florida. “They wanted a small, high-performing district,” said Superintendent Lauren Allan. “It’s a mutually beneficial relationship.” Pearson has developed apps for K-12 math and English language arts instruction that are aligned with Common Core standards under the “Pearson Common Core System” of courses. Some fear the role private companies such as Pearson are taking in public education. As New York Times columnist Gail Collins has observed: “An American child could go to a public school run by Pearson, studying from books produced by Pearson, while his or her progress is evaluated by Pearson standardized tests.”